Dig up rocks and lay down roads so that the drivers can get from one building to another.

Bulldozer Blitz was written by John, in 26 hours for the Ludum Dare 13 competition (December 2008).

Webstart version
Start via Webstart. This version works on Windows, Mac and Linux. 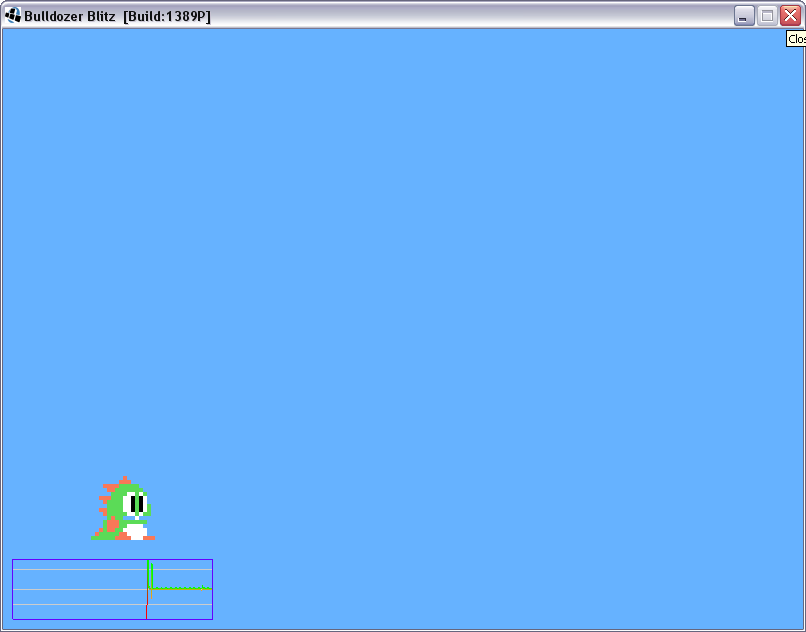 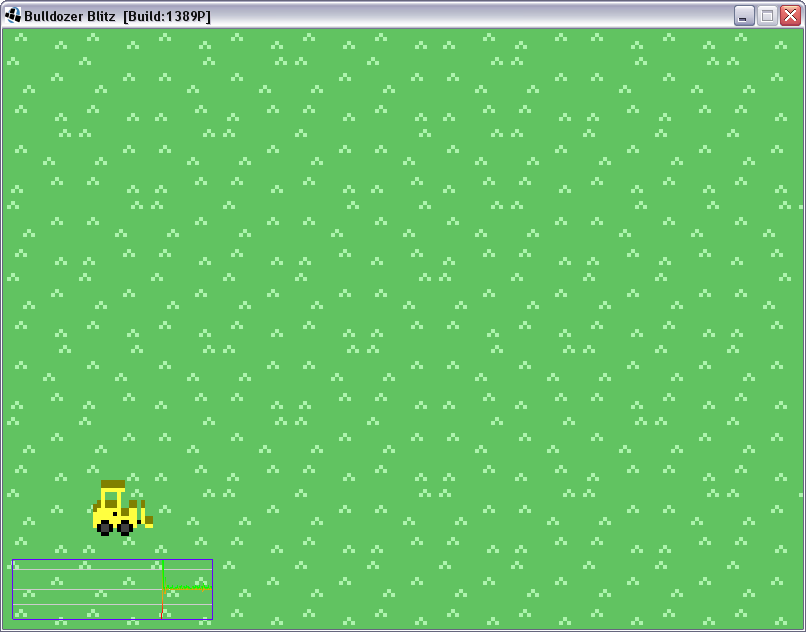 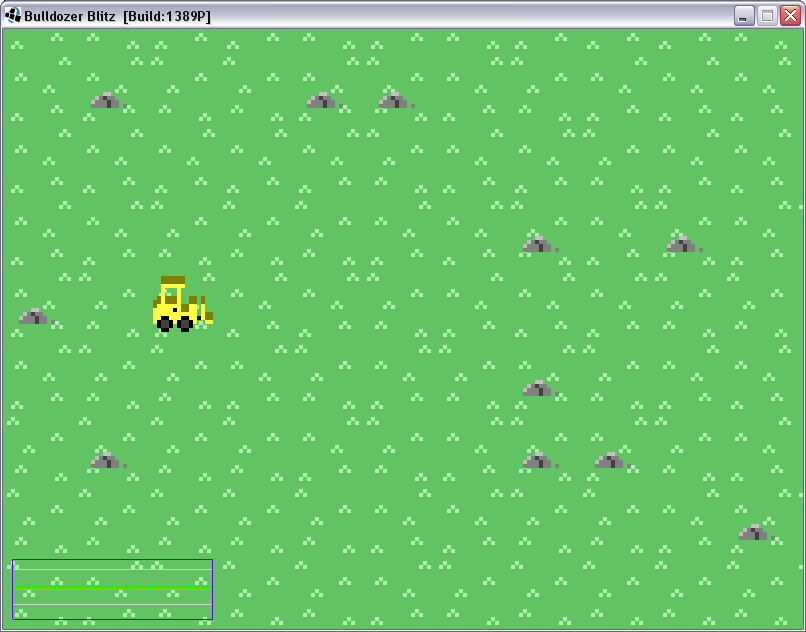 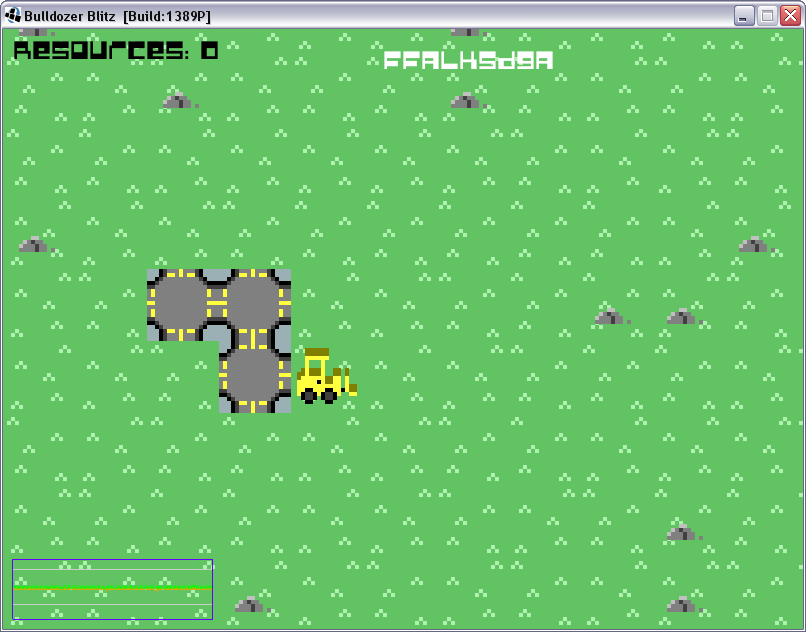 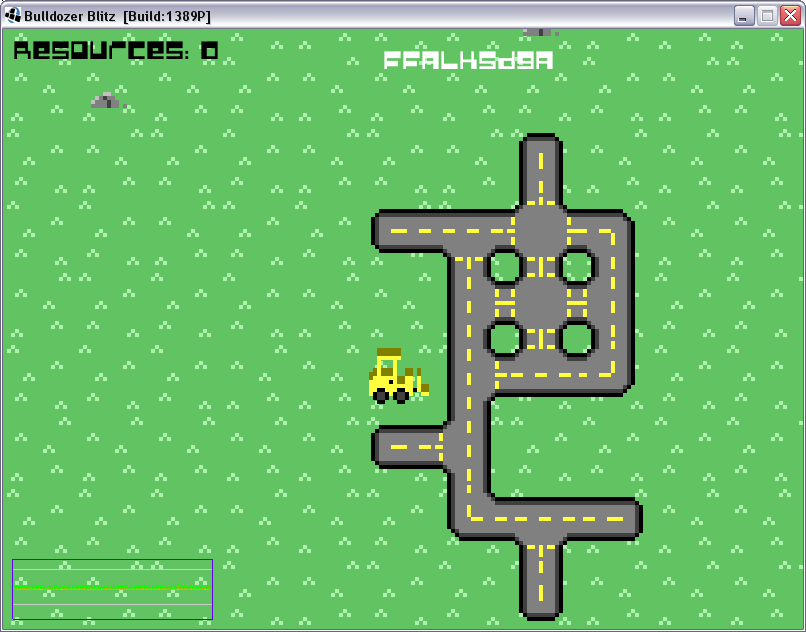 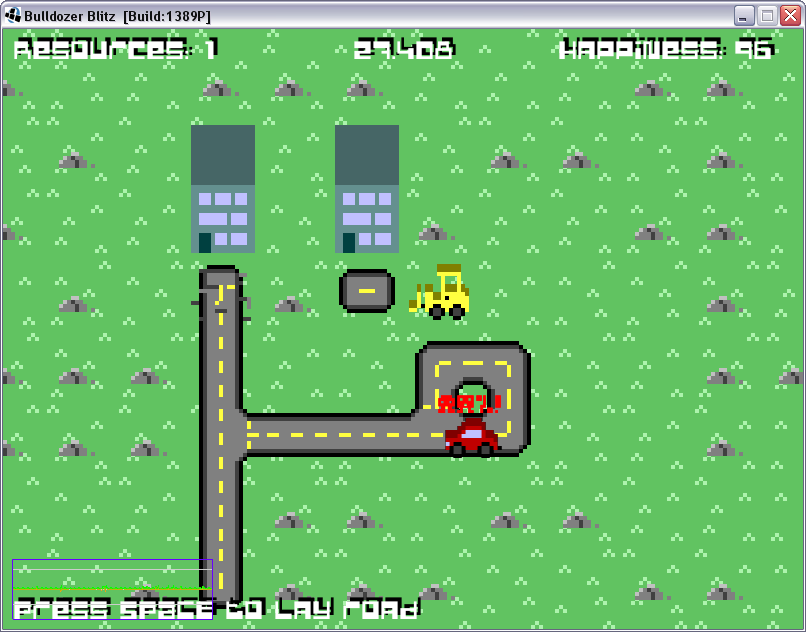 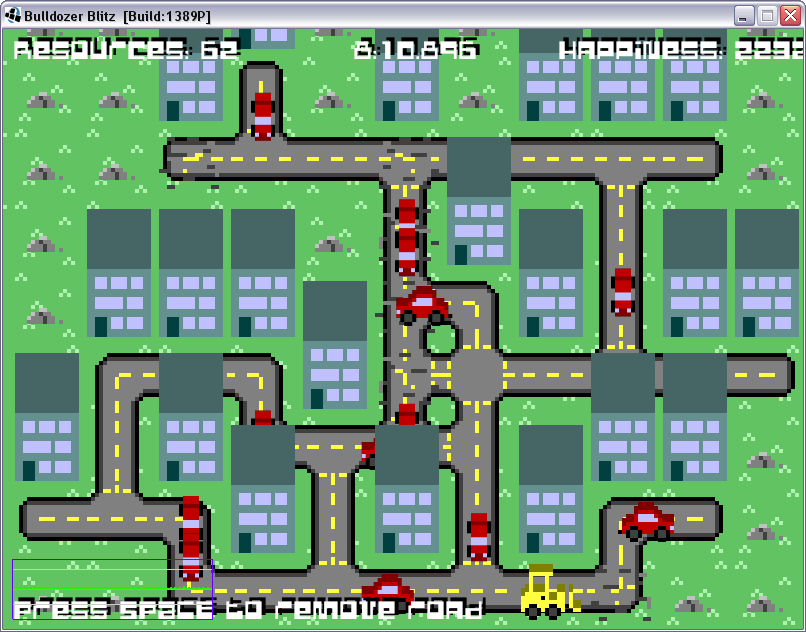 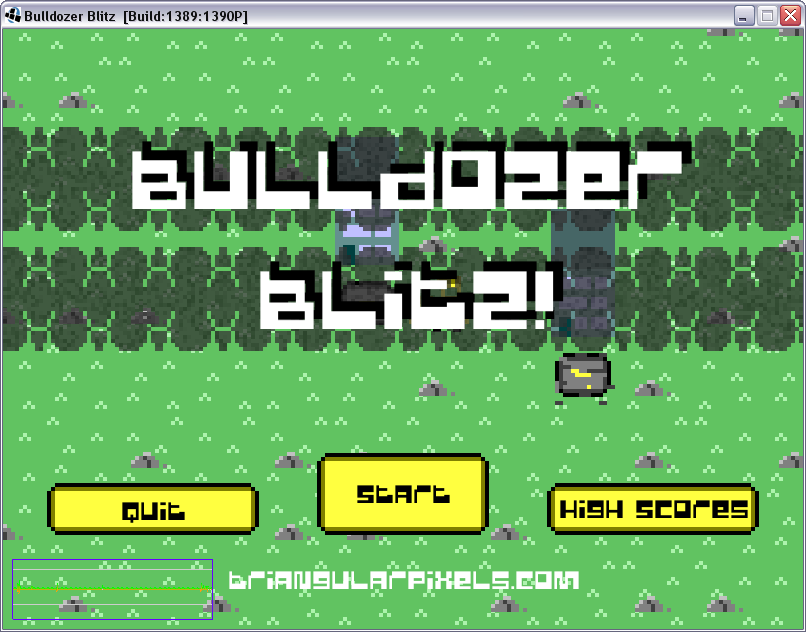 As more drivers get to their destination the city expands so you’ve got to add more roads and repair existing ones to keep up.

Use the arrow keys to move your bulldozer, and space to remove rocks to gain resources. Press space on empty land to build a road, and space on a damaged road to repair it.